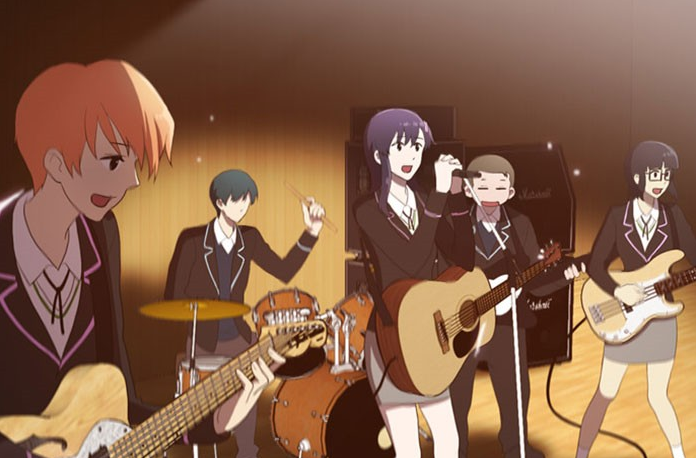 Warning: Spoilers and probably some ranting

The setting of Orange Marmalade is a world where humans and vampires coexist, although most humans dislike the vampires because of their diet of human blood. Modern vampires drink pigs’ blood, but not a lot of people know that. The story focuses on Mari, a teenage vampire in Korea. She’s about to enroll in a high school, but after being ostracized and bullied in previous schools, she decides to keep her identity as a vampire a secret. Mari then somehow finds herself in the sight of the most popular boy in school, Jaemin, after accidentally biting him in her sleep, thus starting the story of Mari, Jaemin, and everyone around them.

Orange Marmalade is just a ride of feels that makes you want to read it again and again. It is a great romance webtoon, even though it’s a bit cliché. The climax was very exciting to read because it was something I kind of knew was coming but still didn’t expect. And then, when Jaemin protected Mari even though he didn’t like vampires, I felt relieved and more than happy.

The little things in Orange Marmalade were also very nice and they made me feel all warm. Like in the conclusion, when Jaemin put toothpaste under Mari’s nose so she wouldn’t be tempted by his ‘smell’, was so sweet. Ara’s attempts at getting Jaemin were hilarious, but her decision to help Mari out, in the end, was heartwarming. Also, when Ara took pictures of Mari’s flaws, such as her dandruff or drool, Jaemin just laughed and found Mari cute. These moments were so trivial, but still, they meant a lot to all of the readers because it showed how much Jaemin loved Mari.

And lastly, my favorite part. Even though there are a lot of amazing parts in this webtoon, Mari saving Suri from nearly dying was so heartbreaking and beautiful because Suri didn’t like vampires, and Suri’s mom hated them. Also, because of the incident, Suri found out that Mari was a vampire, but later on, she told Mari that she wasn’t a monster, even if everyone else called vampires that. She asked her, “A monster? What kind of a monster would save a person’s life?”, while crying. At this point, I was crying, too, and even now, as I reread that part, there are tears pricking my eyes, threatening to fall.

I also loved the idea of this webtoon because the way the vampires were being treated as an extreme type of racism, and just thinking about how actual people in this world were being treated similarly made my heart ache. The message that the story was trying to get across might not be this, but readers commented about how this could easily be a real-world situation, minus the vampires.

All in all, this was such a beautiful and moving story that definitely shouldn’t be slept on.