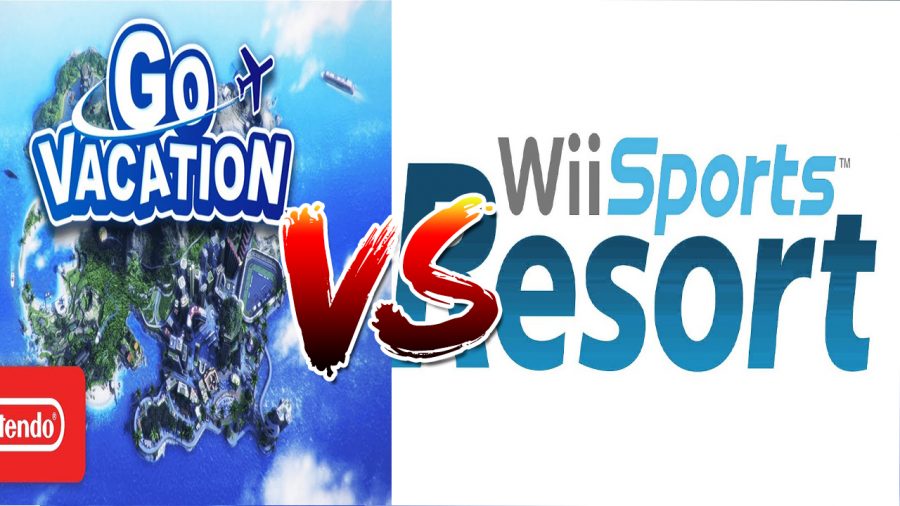 We all remember the joy of sitting in the living room at age 5, watching Scooby Doo, when all of a sudden your parents come in… WITH A LIMITED EDITION BLACK WII GAMING CONSOLE WITH 2 INSTALLED GAMES IN IT. Oh… Was that just me? OK then. Well, anyways, the Wii was my childhood, with so many excellent games to play in those simpler times. I devoted my life to getting my Mii “Cool Guy” to get all the high scores in any game, no matter how long it took. And I eventually did. Anyways, let’s look at the one game my very existence revolved around. Wii Sports Resort.

This game was revolutionary, judging by the fact that the Wii was the first console to introduce motion controls. It’s clear that there was a lot of love and care and thought put into the controls and gameplay, unlike, I dunno, a certain company whose name starts with an E and ends with an A… But anyway, the motion controls really opened up the pathway for multiple games on this system, It could be used for practically anything. Basketball, sword fighting, Frisbee, Plane Combat, you name it. lots of originality. Also, it has MATT, the iconic main character that became an instant icon. I’d give it a 4.5 out of 5.

Now, let’s move on to Go Vacation. Go Vacation is a relatively recent game released on the Nintendo Switch. It’s sort of a spiritual sequel to the original Wii Sports series. While it can never replace the amazing ascetic of Wii Sports Resort or Wii Sports, It’s a generally OK game.

From what I can see, they improved movement controls, gave it more of an open world feel that Wii Sports Resort never had. Thinking about it, I would have loved that if it was on Wii Sports. But, it wasn’t, so that’s one thing I’ve seen that trumps The Sports Resort. The graphics are still very low quality, so I’m gonna have to point that out, most of the games are very similar, so idea wise, again, not very original. On top of that, most of the games are extremely boring at the beginning. And it takes some effort to get to the good stuff. Also, Matt is missing.

So, in Summary, I would probably play this. It can’t replace Wii Sports Resort, but it can bring back powerful memories. This game has it’s positive, and it’s negatives, butI’mm gonna give it a 3 out of 5 for just bringing back the memories.