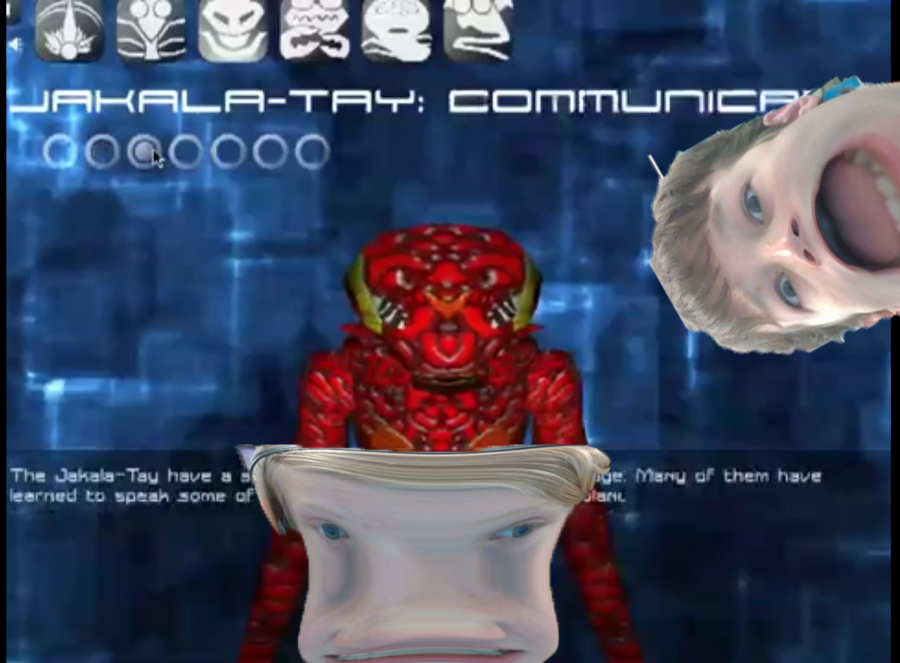 It’s just an average day in the Newsmedia room. I’m getting ready to slack off on my new article and listening to the Jet Set Radio soundtrack when I see it on my desktop. The game I once played in sixth grade as a young lad. I open it on a whim. But it’s different. The graphics are much different. Instead of the bright 3D imagery that was around when I played it, it’s now bland, Doom-esque graphics. So what happened? Well, I have no idea. But one thing that is undeniably WORSE is the new alien design. Dang, the new ones are butt ugly. Unfortunately, the screen recorder crashes anytime it opens, so I don’t have screenshots.

So, Alien Rescue is a game intended for you to learn, right? Well, yes. That makes it automatically lame as heck, right? W R O N G! Alien Rescue is actually really fun, with interesting, creatures, habitats, and food types. You have to create probes, and budget correctly to save the aliens. It’s not hugely invigorating, but it does add some spice to the lessons presented. Better than listening to the teacher blab about the atmosphere of Jupiter. But Alien Rescue has been proven to be a fun way to teach kids about space! Every kid I’ve asked said they enjoyed it and learned things in the process. Alien Rescue is just a decently fun game, and with so much work put into saving the aliens, you won’t forget the reward of having saved an entire species.

But the problem is, it has the WORST graphics. They look like an  N64 playing a crappy port of Doom. And the most recent update doesn’t help. I wish I had screenshots, but trust me when I say that the aliens look atrocious. The landscapes that the aliens live in have obvious graphical glitches and a gray bar is always seen at the bottom of these pre-rendered cutscenes. The water in these cutscenes can’t get too close to the objects so there are just rims around the mountains near rivers. One alien, the Wroft doesn’t eat and its’ home planet is just a static white screen. It’s clear that they ran out of ideas for this alien. One of the aliens in the first version was a clear rip off of the Xenomorph from the Alien movies. So yeah, the devs were kind of running out of ideas, even in the earlier versions of the game.

So while Alien Rescue is certainly… interesting… it’s pretty lazy. Why can’t you visit these alien worlds, for example, when you hear so much about them? But really, I don’t think they matter all that much. It did teach us some interesting stuff, and it brings some fun to an otherwise dry topic. Overall it does the job well, but with the pretty shoddy presentation.

Now for a photo gallery.