The Sad State Of Apex Legends 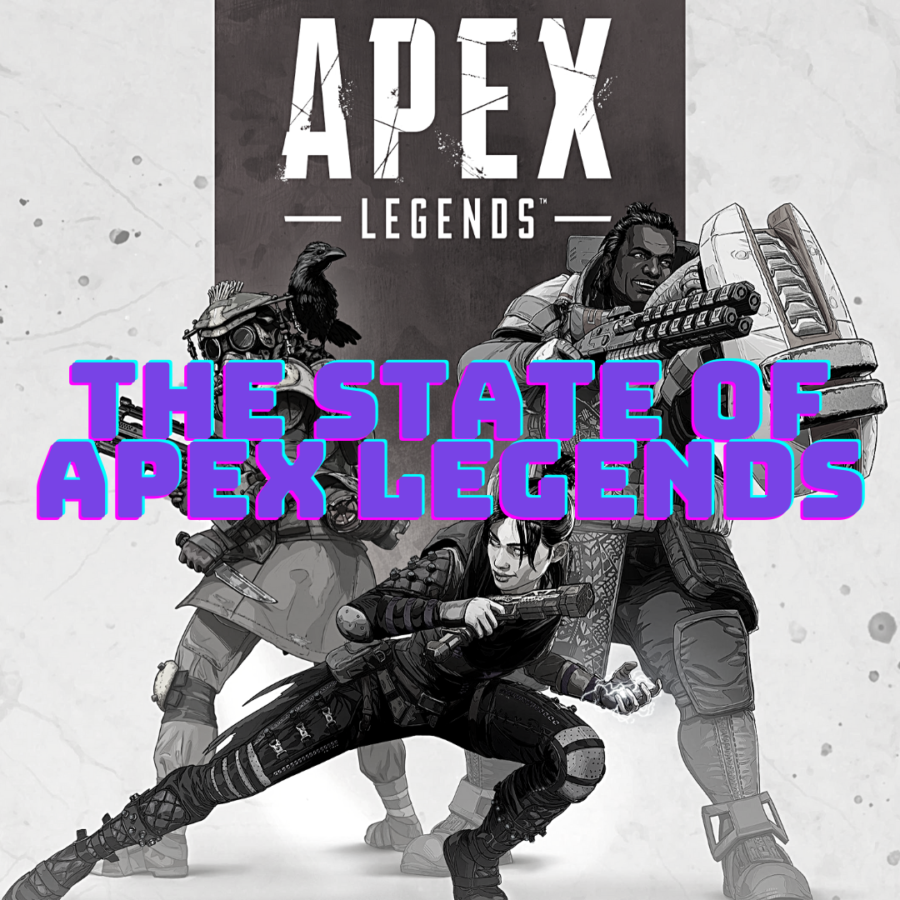 Apex Legends is a battle royale that is really fun! That is, if you can play it. Plagued by server issues, infinite loading screens, audio bugs and losing all of your cosmetics with no response from the EA support team, no wonder people have quit, including myself. Let’s dive into why players are quitting the Titanfall spinoff.

First off, let me establish that I think Apex is a fun game. A BR (Battle Royale) mixed with abilities set in the Titanfall universe? Sign me up! However, EA kind of ruined it. Electronic Arts, better known as EA, acquired Respawn (the developers of Apex) in December 2017, and Apex came out in early 2019. EA is notorious for cutting corners, and they’ve made a lot of scummy moves, but let’s get into the rise of Apex.
The Rise Of Apex Legends
Apex was huge when it first came out, mostly due to the way the game was launched. The game was kept under wraps, and they announced it on a livestream, surprising everyone. The biggest surprise however was that the game would come out the exact same day. The game passed 25 million players after its first week, and by October of 2019, it had 75 million world wide. The game was updated with new legends such as Wattson and Octane, but the first big hiccup came with the Iron Crown event.
The Iron Crown Event.
Oh boy. The Iron Crown Event. Here’s what happened.

Apex came out with new cosmetics items in what is called a collection event. These items would be attained through packs, meaning what you got was random. So say you wanted the Bloodhound skin, but you couldn’t just buy it straight from the store. No, you had to hope your two free event packs contained it, and if they didn’t, prepare to cough up 7 dollars per pack. Needless to say, players were MAD, and rightfully so. The Devs didn’t help much either, calling the players some rude stuff. Respawn eventually issued an apology, but that didn’t help much. They did ended up changing it, but the players still felt betrayed.

The Current State of The Game.
Go onto the r/apex legends forum, and you will see plenty of people complaining the same thing: Lost items. Players have lost skins, charms and even the uber-rare heirlooms. The worst part? There has been zero response from the support team. Players are also reporting being randomly being banned for no reason, audio bugs causing gun sounds not to play until seconds, even minutes after the gun is fired. The community has claimed that the server is run by a hamster on a wheel, which at this point is believable. Apex has the buggiest servers, the scummiest business practices, and most opaque support team. I quit the game, and I see why others did the same.
Conclusion
Sure, Apex might have cool new legends. They may have amazing skins. But none of it matters when you can’t play the game. I don’t see myself returning anytime soon. Agree? Disagree? Tell me in the comments below!