Why Representation in Media Matters 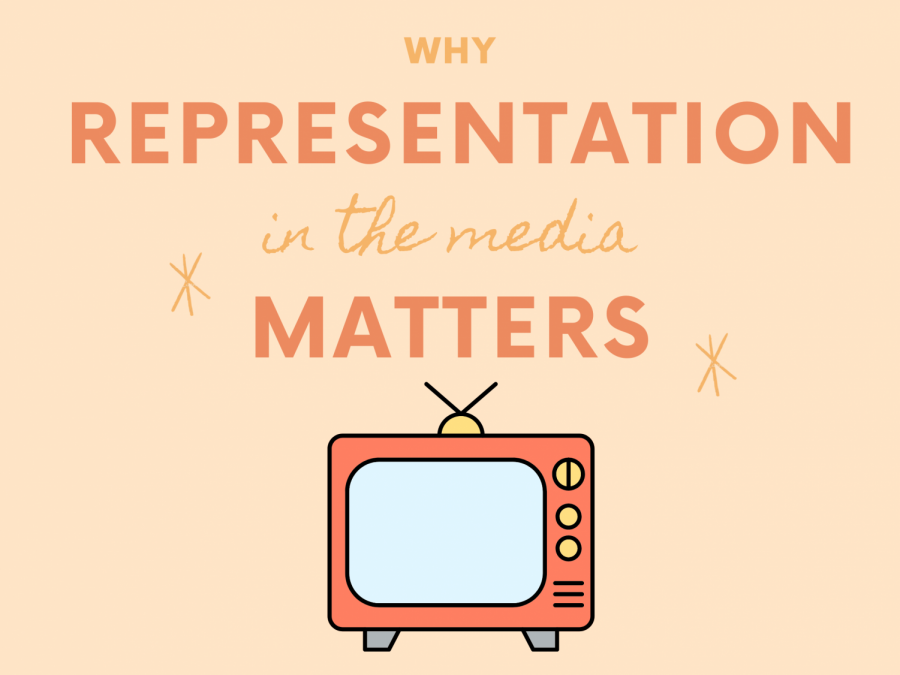 Media is one of the most powerful mediums in the world. The media we consume has the power to shape our ideas about the world. However, representation of minority groups within the media is severely lacking. Despite making up nearly 40% of the population, minority groups are barely represented in the media. When they are it’s often a very heavily stereotyped portrayal. Proper representation in media is crucial because it helps to break down harmful stereotypes, provide a more accurate depiction of the world, and positively impact the way minority groups see themselves.
How does media affect us?
To begin, proper representation in the media helps to break down harmful stereotypes surrounding minority groups. Years of research shows that the way minorities are portrayed in media can communicate who certain cultures view as “normal”, and “good”, or, “different” and “bad”.  This is especially true of media consumed by or aimed at children. These ideas and messages have real-world implications and will affect how children see minority groups in real life.

For instance, heavy exposure to overly stereotyped portrayals of Latinos within television shows an increased report of people believing these representations are accurate. Similarly, when Black people are represented as criminals within television and movies, it promotes the harmful way Black people are often perceived within society. According to a study done by Common Sense Media, characters of color in shows most watched by children and teenagers are more likely to be depicted as violent, and women of all racial groups in television are more likely to appear in sexualized roles. When a group of people is only ever represented in negative ways, it can adversely affect the way other people perceive them, as well as the way they perceive themselves. Proper representation can help to break down these harmful stereotypes and help to build a more inclusive future.

Well-done representation in the media can also positively affect how minority groups see themselves. However, media can also affect how they are seen by others. While harmful stereotypes negatively affect the way a group of people is seen, positive representation does the exact opposite. It can give people role models, boost their self-confidence, and reinforce that they are not “less than”. Positive representation doesn’t just benefit the people represented. Everyone benefits from learning about experiences that are different from our own and expanding our ideas and preconceptions of what is “normal”.
Diversity in Hollywood
Well done representation in the media also provides a more realistic representation of our world. Despite making up 18% of the world’s population, Latinos only make up 5% of speaking film roles and less than 1% of film executives. Minority writers in film and television have only made up 6% of Hollywood since 1999. The percentage of minority directors is even smaller. While the people we see on screen are undoubtedly important, the people telling the story matter too. A Hollywood Diversity Report from the Ralph J.Bunche Center for African American Studies at UCLA found that in America “increasingly diverse audiences prefer diverse film and television content”. However, how can you expect to have realistic and positive minority representation when minority groups make up so little of the behind-the-scenes population?
In conclusion…
Proper representation is of great importance. It helps to break down harmful stereotypes. It also provides a more accurate depiction of the world and positively impacts the way minority groups see themselves. Harmful stereotypes negatively impact the way minority groups are viewed by others, which is detrimental to both them and others. Minority groups within the media are severely under-represented. Without their stories and experiences, our world is not being properly depicted. The way minority groups see themselves has also been linked to the media. Studies show that positive and accurate representation can boost minorities’ confidence, and reinforce that they are not “less than”. So please, tell your story. Make the content that you want to see, show others like you they aren’t alone. Even if it seems unusual, or weird, or different, tell your story. Because your story matters.