The Hate U Give: A Book Review

The Hate U Give is a wonderful book, that I am reviewing. *This review contains spoilers* 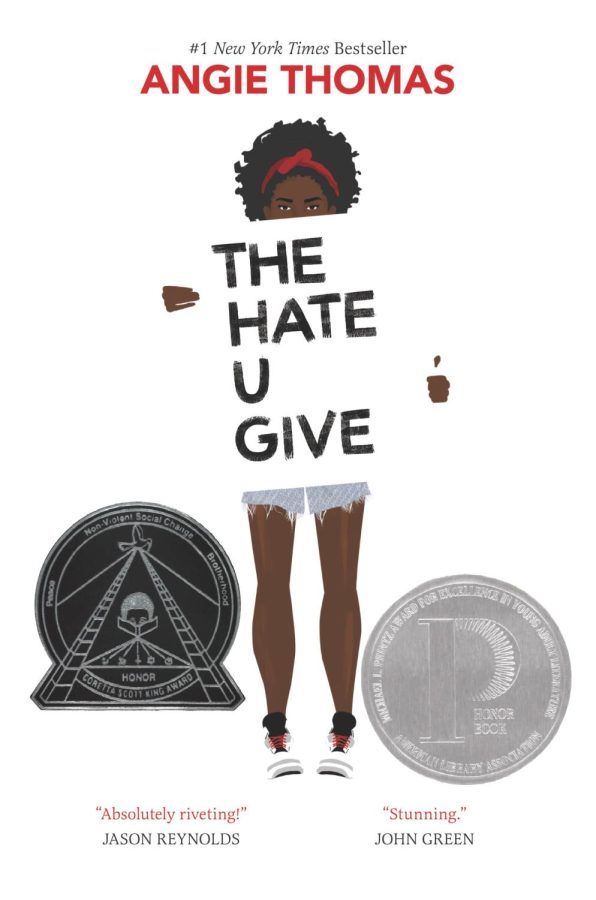 The Hate U Give is one of the most popular young-adult books in recent years.  The book revolves around the murder of a sixteen-year-old black boy named Khalil. The murder of Khalil is different from most murders since the police committed it. The book is narrated by Starr Carter, a sixteen-year-old girl who witnessed the murder. The book’s name is derived from what Tupac Shakur believed THUG (the hate u give) meant. Angie Thomas (the book’s author) was inspired to write this book after Oscar Grant was killed at the hands of the police.
Plot (Contains a lot of Spoilers)
The book starts in the fictitious neighborhood of Garden Heights. Starr who goes to a primarily-white school, in the wealthier part of town, feels alienated from her friends in Garden Heights and decides to go to a party in Garden Heights to bridge the gap between her and her friends. At the party, she meets Khalil, who is an old friend. She hasn’t seen Khalil in a long time, and they reminisce about their past. After violence breaks out at the party, Starr and Khalil flee. While they are driving away, they are stopped by a cop. The cop orders Khalil to get out of the car and searches him. While the officer is looking through the car, Khalil grabs a hairbrush. The cop mistakes the hairbrush for a weapon and shoots Khalil three times. Khalil immediately dies. Starr is brought home. At home, she has a nightmare of the murder of her friend Natasha, who was killed when Starr was twelve. Natasha’s death is the reason that Starr goes to a school outside of Garden Heights. Starr agrees to testify in front of the police after her uncle (who is named Carlos) convinces her to. When she testifies, the police ask questions about Khalil’s ethics rather than asking questions about the shooting. Starr worries that the police will make a biased decision. At the funeral of Khalil, April Ofrah who leads a group called “just us for justice” informs Starr that the police aren’t taking the case seriously. In a dramatic twist, it is revealed that Khalil is part of the King Lords, a gang in Garden Heights. When the news that the police aren’t prosecuting 115 ( the badge number of the offending officer), Garden Heights breaks out into protests. During this time, DeVante ( a King Lord) begs Starr’s dad ( who was a former King Lord) for a way out of the gang. Maverick (Starr’s dad) gives DeVante a job. After a lot of thinking, Starr decided to speak up. DeVante also reveals that Khalil sold drugs, but wasn’t part of the King Lords. The night before Starr testifies, her family is attacked. Almost two months later, the jury decides not to indict the officer, but the community of Garden Heights stands up to King and ends up putting him in jail.
Background
The book was written after the murder of Oscar Grant. Oscar was a twenty-two-year-old man who was killed by the police for no apparent reason. The event helped stimulate the Black Lives Matter movement. The book was originally a short story that Angie Thomas submitted for her senior project at Bellhaven University. After many other African-Americans died at the hands of the police, Thomas was inspired to turn the story into a novel. The book has also been made into a motion picture.
Rating
The Hate U Give talks about a lot of topics that many are afraid to talk about. It brings light to one of the most important issues in our country currently. The book is extremely well written, and I think it deserves a 10/10.