Why Is Fortnite So Popular?

For the past year, there has been one game that has grabbed the attention of the world. No matter where you go, you will hear everyone talking about it. This not so new sensation is the one and only Fortnite.

Fortnite is the game everyone is playing. It is like the new Minecraft, a game that continues to be played today 9 years after it’s original release date. From elementary school kids to famous rappers and athletes, people of all ages are playing Fortnite. Fortnite is a culture, with its famous battle pass inspiring other franchises, and its emotes going viral. But why are Fortnite and it’s Battle Royale mode so popular?

First of all, it is attractive to all ages. With its cartoonish graphics, Fortnite attracts many kids and doesn’t scare them away. Fortnite also doesn’t have any gore, allowing the game to be rated teen, not mature. the teen rating lets parents know that there is nothing inappropriate in the game, and allow their kids to play it. The fact that it involves weapons and is a third-person shooter game also attracts audiences of older ages.

Fortnite’s concept of Battle Royale has also led to its rise in popularity. Battle Royale is a new twist to the traditional online format of games like Halo or Call of Duty.  In those traditional games, whoever had the most kills won. It was as simple as that. In Fortnite, it is nothing like that. In Fortnite, one hundred people drop onto an island with nothing but a pickaxe. They must harvest tools and find weapons and be the last one standing. As they fight, a storm is constantly closing in, and the players must stay out of the storm to survive. This new twist allows for the perfect combination of strategy and combat, two attributes that almost everyone looks for in a video game.

Fortnite has also grabbed the attention of many celebrities. Rappers like Drake and athletes like Pittsburgh Steelers wide-receiver JuJu Smith-Schuster are all playing the game. These celebrities playing with the games’ own celebrities like Ninja has also contributed to the widespread popularity of Fortnite. On March 14, 2018, Ninja live streamed a squad game on Twitch, an Amazon gaming service. Ninja’s squad included Drake, JuJu Smith-Schuster, and rapper Travis Scott. The victory at its peak had 628,000 viewers, destroying the previous record of 388,000. This game helped bring Fortnite into the spotlight.

Finally, Fortnite is a free game. Who doesn’t like a free game? The fact that Fortnite is free, attracts more people to the game. Being a free game, people find no harm in trying the game. Let’s say you go to school, and someone tells you about this cool new game called Fortnite. They tell you about the game and you decide you want to try it out. If Fortnite was a paid game, you might hesitate in trying it out for yourself. But since Fortnite is a free game, you would decide that if you didn’t like it, you could delete it and things would be fine. But given the addicting nature of the game, people don’t delete the game. 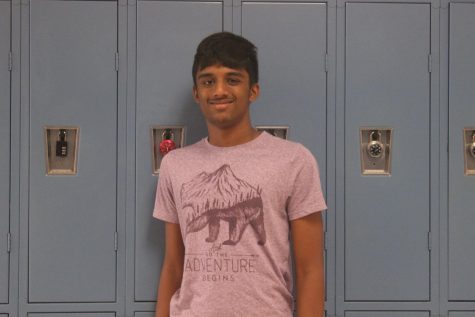 Arsh is an intelligent person who has many hobbies. Arsh also like to hear other peoples opinions. He enjoys swimming and swims competitively. He is interested in...

One Response to “Why Is Fortnite So Popular?”