Coachella is an annual music festival, which draws people from all over the world. The event occurs from Friday, April 13th to Sunday, April 15th. The second weekend occurs from Friday, April 20th, until Sunday, April 22nd. These two weekends are packed with people, all coming to Empire Polo Club, Indio, CA. Over 200,000 people attended the first weekend, along with celebrities such as Jamie Fox, and Kylie Jenner. This festival was a first for many things, such as the first women of color to headline the festival. Beyonce took the stage, pumping up the crowd while making history at the same time.

Many singers headlined the event, such as The Weeknd, Eminem, Migos, and more. Others include Cardi B, Alan Walker, and Post Malone. The entire event was live streamed on YouTube, with constant 12 to 16 thousand viewers, and making it on the trending page on YouTube. One people who stole the show included the Walmart Yodeling Kid, who surprised everyone. Mason Ramsey shocked everyone with his yodeling skills, while becoming trending on YouTube. 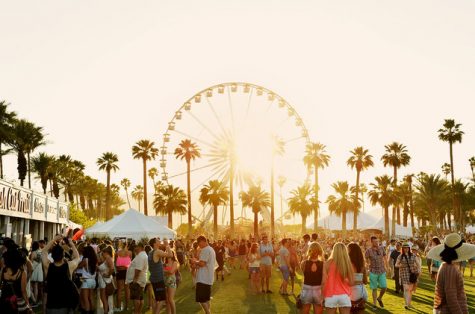 This event has been a popular tradition since it started in 1999. There was a pause in 2000, but after that, it was held every year. The standards for the event have kept going up because of guests like Paul McCarthy, Kendrick Lamar, and Kanye West. It has gotten it’s fair share of controversy, but everyone can agree that the event is very popular. Coachella is a popular spot for people who want to hear the latest hits, see new trends, as well as have a good time.