Spotify, the popular music streaming service, is starting to roll out a new redesign for its mobile users. The announcement about the redesign was on April 24, with it a new redesign for the free service. The redesign features more premium subscription like features for people signing up for free. The welcome addition makes more free users enjoy the features that used to be only for premium subscribers. In facts, there are about 90 million free users, which makes the market large. 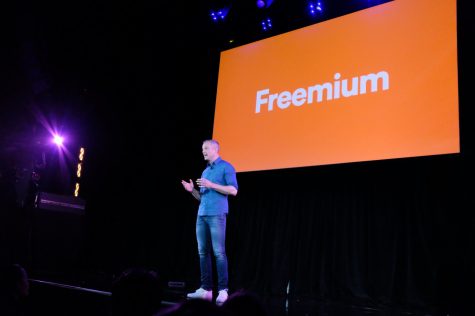 One key feature of the redesign is now on-demand playlists. Instead of having playlist keep on shuffling, and not listening to the order or song you want, Spotify has let users try an “on-demand” playlist. This will let the user not have to listen to the shuffle mode and listen to what they actually want. To differentiate the playlist that can be on-demand and shuffle, Spotify has put a blue shuffle icon to let you know that can only be played in shuffle mode.The good thing is that it actually puts it on popular playlists, unlike being a cop-out. Some playlists include Daily Mix, Discover Weekly, Release Radar and Today’s Top Hits.

Another change is ‘self-driving playlists’, which use machine learning to create playlists for you. In my opinion, I do question how well his will work. Many companies claim the same thing, but when the user finally uses it, it becomes a failure. Some facts made about the app is that it will offer “unlimited free listening to 750 tracks from 15 top playlists’ and consume up to 75% less mobile data. This will let free users have more premium features, and will surely tempt some Apple Music users back to Spotify. 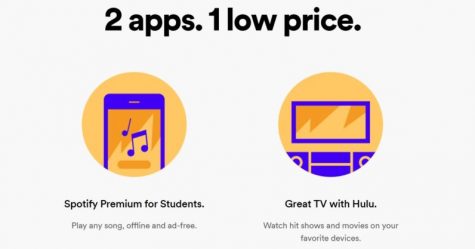 Some may be wondering if the premium subscription is worth less than before because some of the features are ported over. To combat that thought, Spotify has teamed up with Hulu and has provided a bundle of Spotify Premium and Hulu for $12.99 per month, or $4.99 per month for students. This will let more people access Spotify premium cheaper, which could be good for the Swedish company as Apple Music is trying to battle Spotify.

Some minor details are a simplified, and clean interface. This makes the album art, playlists, and features look cleaner and let the user differentiate between what is what. To give some perspective, the last major redesign for Spotify was in 2016. This is a target to Apple Music, as they have have been successful with the design. Apple Music finally has some new competition to go against, and it is a surely a welcome change.

Info and picture from here.