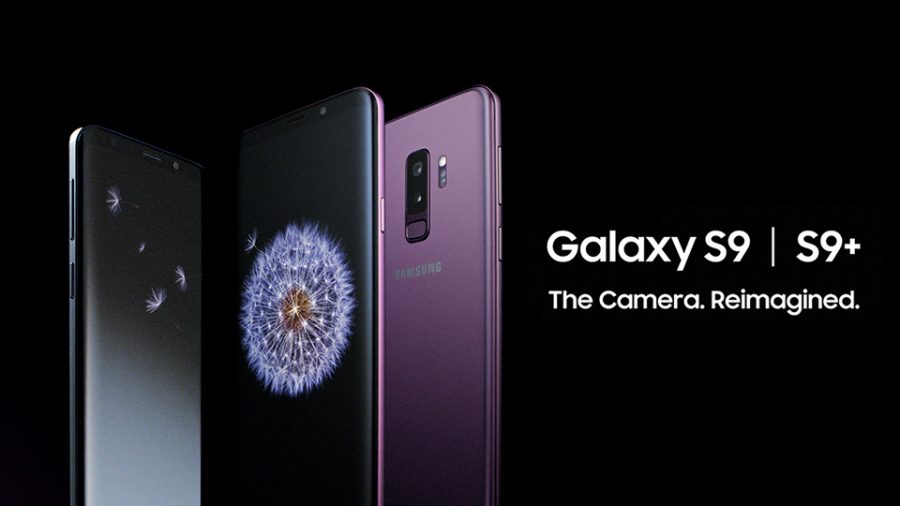 This weekend, the Samsung Galaxy S9 was revealed at MWC 2018. This was revealed a day before the event to hype things off, and I think they did. By revealing a new flagship in an otherwise boring convention, it definitely set the bar for other products. With the “new” Intelligent scan, a camera that you can change apertures with, and with the Snapdragon 845, this phone is sure to set the standard for tech to come.

Before the reveal, Samsung started hyping up the phone by showing the phrase The Camera Re-imagined into their promotional campaign. The hype train started running, with speculation of a mega camera that could compete with the Google Pixel 2. Later, leaks started piling up with the same design as the S8, but with a modification to the back with the fingerprint sensor moved. It was later leaked that they would copy the popular Animoji’s from Apple and add a possible customization feature. 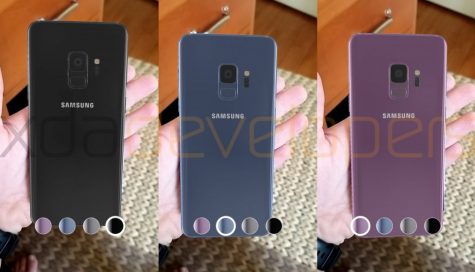 The AR form factor of the phone was tore down and leaked online. Source:

Finally, the last major leak before the reveal was the AR leak, and trust me, it’s huge. A Reddit user tore down the app Samsung was going to use for their booth and found different AR models for the phone. This pretty much guaranteed the color and the look of the phone. With all these leaks compiled, most people already knew mostly what would happen. But they weren’t. 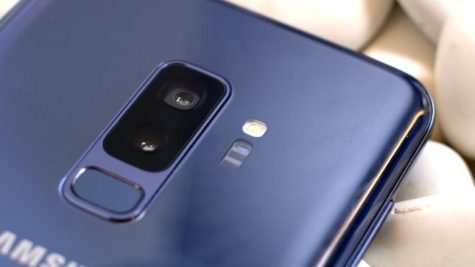 The S9 and S9+ has a camera with a variable aperture. Source:

When the phone was finally revealed at MWC, there were many other things revealed. the phone would have an amazing camera with a changeable aperture, allowing f/1.5 and f/2.4 for a DSLR like feel. This greatly ups the competition, as it is the first major phone to have a variable aperture. The back camera is 12 megapixels, with the S9+ having a telephoto lens. Along with the amazing camera, the phone will be able to do “super slow-motion” at 960 frames per second, a true milestone. Additionally, there is 4K at 60 frames per second and 1080 at 240 fps. 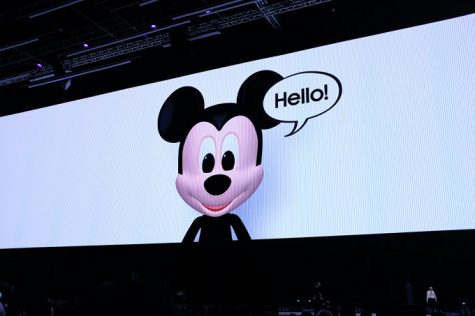 Samsung will have AR Emojis and will partner with Disney to make characters like Mickey come to life. Source:

On the front camera, it keeps it’s 8-megapixel camera while adding AR Emoji, pretty much a copy of Animojis. To draw in more people, Samsung has let users customize their own face into an emoji while choosing other animals. Along with these things, Samsung has partnered with Disney to add Disney AR Emojis like Mickey Mouse and the Incredibles. Users can use the AR Emoji as a video clip, and can also send it to third-party chat apps.

Samsung will have an Iris Scanner and Intelligent Scan. Source:

Another major reveal was the competition for Apple’s Face ID. Before, Samsung had the Iris Scanner and a minimal version of Face ID, but now, there is a better alternative. With Intelligent Scan, it combines both the Iris Scanner and a face scan for a more secure version to unlocking your phone. Samsung has also moved the fingerprint sensor below the camera after customer complaints to make it easier to access. On the phone, there is still the feature of a fingerprint scan, as well as a pin to have options. With the number of options on the phone, this definitely counters the iPhone X with Face ID and a PIN.

With the introduction of the Snapdragon 845 on a phone, this makes the phone much faster and has 4 gigs of Ram on the S9 and 6 on the S9+. The phone supports expandable storage with a Micro SD card and is IP 68 dust and water resistant. The phone of course supports fast wireless charging while charging using USB-C. The phone can also be used with Samsung DEX, a machine where you can use your phone as a PC.

Bixby has been upgraded to add new features like live translation and AR support. With Ar, you can add makeup to your face, and instantly buy it from Bixby. It can also show nutritional facts from waving the camera on top of food. Although Bixby has been an annoyance for Samsung users, they have promised to reveal a Bixby 2.0 later on in the year. 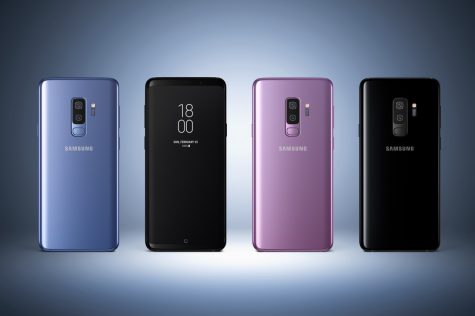 The phone itself looks very similar to the S8, while shrinking the bezels a tiny bit. It has a dual stereo speaker and supports Dolby Atmos. It also keeps the headphone jack, something I did not expect. The screen is also similar to the S8, but is supposedly brighter, and keeps it’s 18:5:9 ratio. During the presentation, Samsung greatly showed off Samsung Knox, their security system, which I think is good. Samsung will also be selling an enterprise edition where businesses can use the phone and have over the air updates.